At the refinery great attention is given to HR policy, the aim of which is efficient human resources management, its consolidation and development, creation of professional and team-oriented staff unified with common corporate values.

About 1800 persons work at POCR LLP, one third of them is young people at the age of under 30 years old. Every second refinery’s employee has higher vocational education. Average age of personnel is 38 years old.

Success of POCR activities in many ways is defined with the level of its employees qualification, who able timely react to changeable requirements of the market to achieve set strategical goals and objectives of the enterprise. That is why staff recruitment is related to the one of the top-priority task of POCR LLP HR policy.

With the aim of adaptation of accepted employees it was developed an adaptation program that facilitates process of engagement into work collective, adoption of established norms of relationships, helps to master the system of professional knowledge and skills. It is formed a succession pool for replacement of managers, specialists and workers who are senior in the shift, the order of their internship, training and certification is determined. The succession pool is constantly updated. 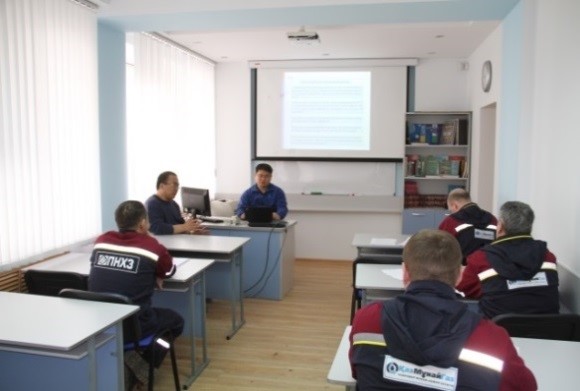 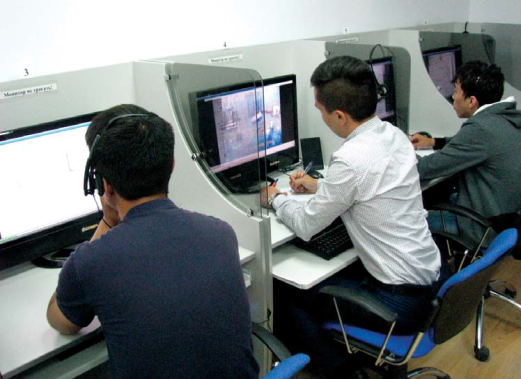 At the enterprise there is a program of personnel development, which includes training, retraining and advanced vocational training for the employees. For the development of personnel, there were created the relevant conditions: in all workshops/complexes of the refinery there are training classes for theoretical training, it is actively used a training center equipped with new equipment, modern teaching aids, multimedia training complexes for technological processes, computer training complexes. There is a practice ground for electric and gas welders, equipped with modern welding equipment.

To create optimum balance of renewal and preservation of numerical and qualitative composition of the personnel in accordance with the refinery needs, at POCR it is implemented a procedure for personnel selection, job placement, recruitment and adaptation, according to which there is set order of candidates' selection who pretends to occupy a vacant post (profession) at the enterprise. Starting from 2017 it is operated a system of personnel recruitment – “Electronic recruiting”, with the help of which it is provided transparency of movement of all candidates' CVs and availability of free review of all CVs for the heads of structural subdivisions. Candidates for employment pass through mandatory stages of selection: testing, interview in the workshop, interview at the refinery competition committee. The results of each stage are recorded in the “Electronic recruiting” information system.

POCR LLP actively participates in the implementation of social partnership projects. So, in the framework of the pilot project of National Welfare Fund “Samruk-Kazyna” JSC in 2013 at POCR jointly with Pavlodar Chemical and Mechanical College there was successfully implemented a dual form of training, according to which students take 60% of practical and theoretical studies at the place of production, and 40% in the college . For 5 years of cooperation on the dual form of training 160 students had passed the practice at the refinery in the specialties “Technology of Oil and Gas Processing”, “Technical Maintenance and Repair of Equipment”. There were three graduates of students on dual form of training, 76 percent of graduates showed a high level of knowledge, were selected by the competitive committee and were employed at the refinery. 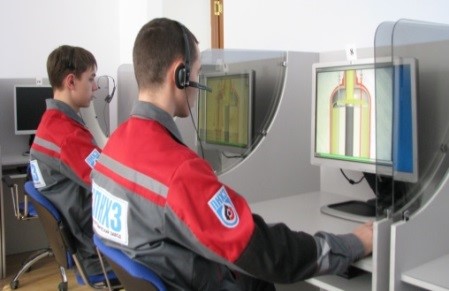 For formation of a viable dual training system there were revised curricula, changes were made in the number of hours of theoretical and practical training, major repairs were carried out in the training workshops of the college, a training ground and a training laboratory were created at the enterprise, equipment, overalls and personal protective equipment were purchased. All students are assigned to experienced mentors. 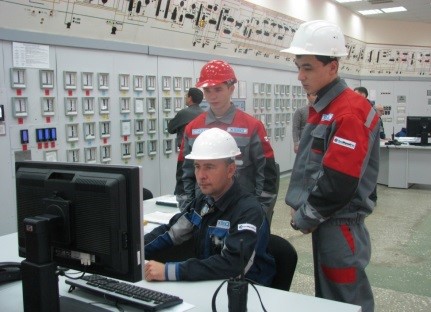 In 2014 in the Republican competition “Senim” at the IX International Conference “Human Resource Management: Role of HR in Change Management’ in the nomination “Best HR Project” there was recognized “Dual Training” project of “Pavlodar Oil Chemistry Refinery” LLP (1st place).

At the VI International Forum “Vocational Education and Business: Dialogue of Partners” POCR LLP became the owner of the diploma and award in the nomination “Partnership Leader of 2014” for the introduction of dual form of training.

At the refinery it is known that the enterprise prosperous future, preservation of production and human traditions are in the hands of young workers who come to replace veterans. Therefore, special attention is paid to replenishing of the enterprise staff with young specialists, graduates of Universities and colleges, able to quickly adapt to new technologies, to learn new information. More than thirty percent of the annually employed workers are young specialists. At recruiting for work a mentor is assigned to each young specialist. The status of the mentor is assigned to 230 highly qualified workers of the refinery, the mentors pass through the special training. In order to familiarize young specialists with the corporate spirit of the enterprise it is held the annual “Initiation into Refiners”. In accordance with the program of personnel training graduates of schools, successfully passed the competitive selection, are taught under the grant from POCR LLP in Ufa State Petroleum Technical University (USPTU), Gubkin Russian State University of Oil and Gas (National Research University).

At the enterprise there is a Council for Youth Affairs, which contributes to the professional, creative and personal growth of young workers. Today young people actively participate in public and sports life of the refinery, professional, language and intellectual competitions, provide assistance in sponsoring of Peschanoye boarding school. The Council for Youth Affairs actively interacts with youth organizations of the region and other regions of Kazakhstan. 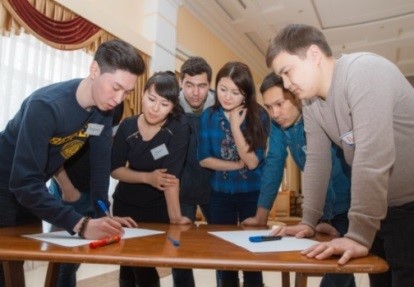 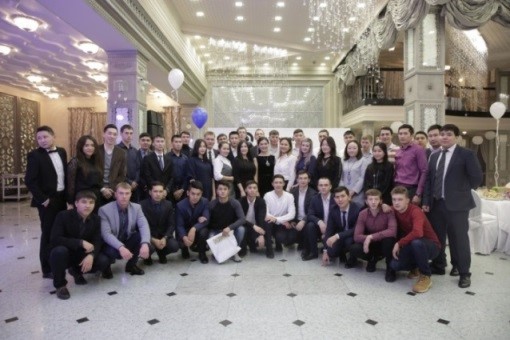 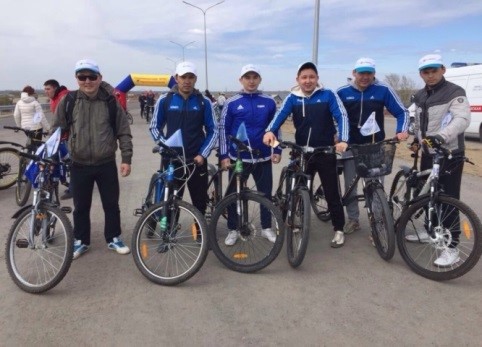 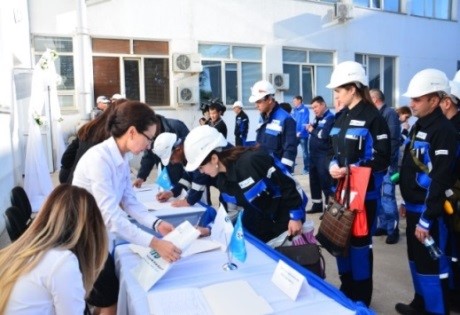 To increase motivation of employees to improve their professional skills, study and dissemination of the best practices at the refinery it is held a competition “Yzdik Maman” on the main professions of the enterprise in two categories: employees under 30 years old with less than three years of service and workers over 30 years old with more than three years of experience. The winners of the factory contest take part in the second stage of the contest among the best workers of the plants of National Company “KazMunayGas”. In 2017 employees of Pavlodar Oil Chemistry Refinery at the competition which was held in Shymkent among subsidiaries and associates of NC KMG JSC, occupied the first places in two age categories in the nominations “Best Machine Operator of Process Pumps” and “Best Machine Operator of Compressor Units”. 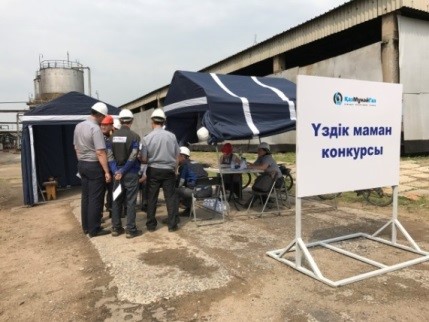 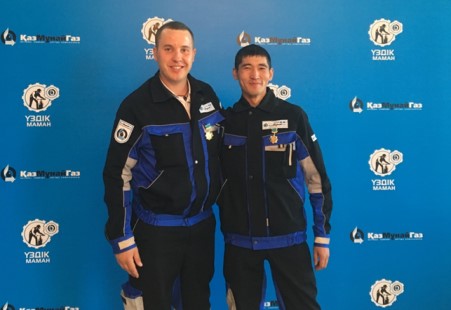 At the refinery it is widely used measures of ethic and material encouragement of the best employees. It is a tradition to honor veterans and foremost workers, family dynasties. Annually names of the best workers of the refinery are recorded on the Honor Board on the eve of the Republic of Kazakhstan Day of Oil and Gas Complex Workers. 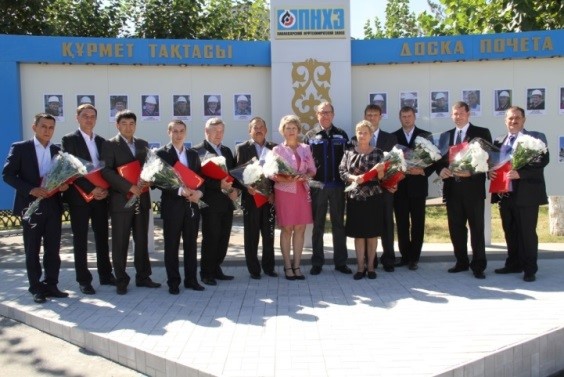 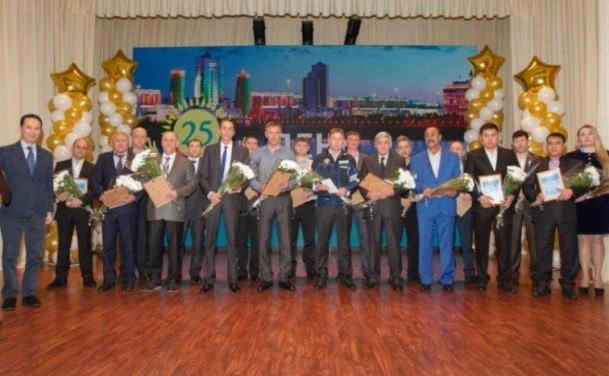